It’s said that Samsung will release its new product Galaxy S4 mini in London on June 20, 2013. It is the mini version of Galaxy S4. 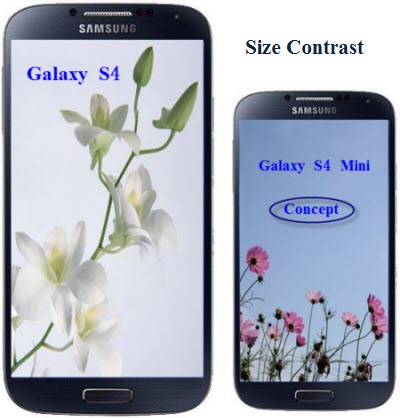 According to “a person with knowledge of the matter,” the Wall Street Journal said that the S4 Mini will likely be one of several new products taking the stage at the event of next month in London.On Sunday, Engadget discovered that the Samsung U.K. Website for mobile apps listed the Galaxy S4 Mini with a photo and product number. Predictably, the listing was subsequently removed. Samsung is not commenting on this rumor.

That the Galaxy S4 Mini is Available in June remains a mystery, but some reports say it will be a smaller 4.3-inch version of the 5-inch S4 with a 1.6GHz processor, an 8-megapixel camera, and likely a lower price tag. Of course, all the above are some guess according some hints. The result will be obvious on June 20.

There is also a rumor about the iPhone mini. But no one can predict the name of the next iPhone until it is released by Apple. Let’s wait and see.

« How to Spotlight an Image in P...
How to Make Ringtones on iPhone »