The Android WiFi Transfer has been released for several days. With this app you can transfer photos between Android devices, iPhone / iPad /iPod and computers via WiFi. You can send photos from one Android device to another as well as iPhone / iPad wirelessly. When your android and iOS devices are connected to the same WiFi network and both running the WiFi Transfer, you can select photos and send them to other Android and iOS devices quickly and easily.
Then I will give a description about how to transfer pictures from Android phones to iPhone with the newly developed app. Let’s come to the details.

Step1. Download both the WiFi Transfer for Android and iOS versions. They are available on the Google Play and App Store. 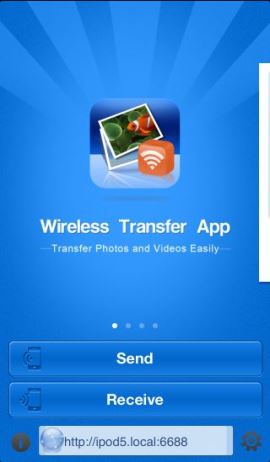 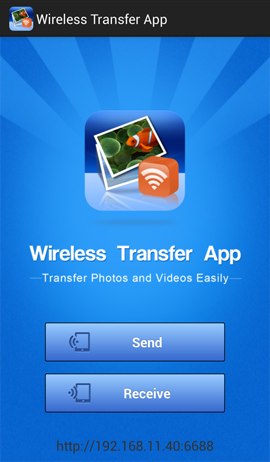 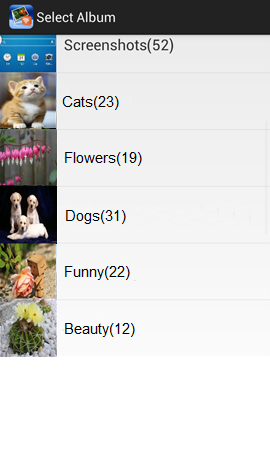 Step4. Tap one album to select the pictures ready to transfer to iPhone. 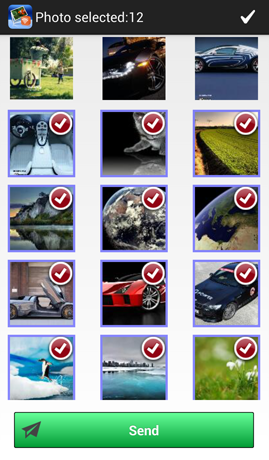 Step5. Tap the Send button. Then choose the iPhone as the receiving device. 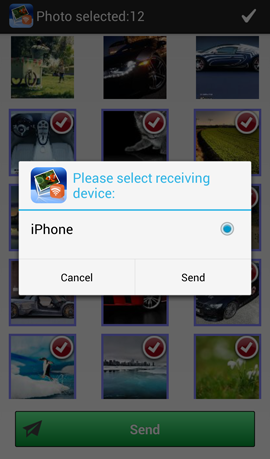 Step6. There will be an authorization on the iPhone screen. You can save the new pictures to the Camera Roll or some other album. 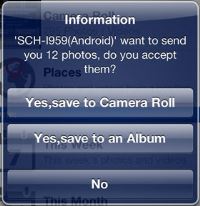 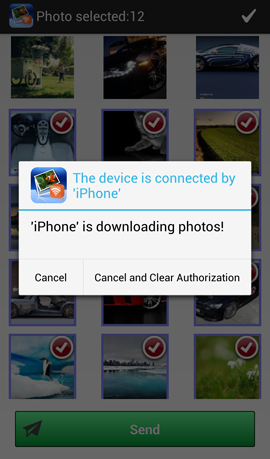 Wait for several minutes to finish the transferring process. Then you can find the new pictures in your Android phone photo library.